Chuck Wendig posted on his blog the top books that have stuck with him and asked for others to do the same. Though I’ve certainly read more than these few books, these are the ones that come to mind.

1. The Holy Bible: Its passages will always be alive within me. These are not merely stories from a time gone by, but they are food for a hungry soul, water for a thirsty heart, life for a dying spirit.

2. Fahrenheit 451 by Ray Bradbury: As Bradbury was pounding out his book at ten cents a half hour on a pay typewriter in the basement of the Lawrence Clark Powell Library at UCLA in 1953, I doubt he could have known how prophetic it would turn out to be. Wall size televisions showing 24 hours of content; in-ear wireless devices used for listening to tv, radio, and talking on phone; and a society so completely absorbed by the electronic media that they don’t see the control government has on them are just a few visions come true from this book. This was a must read for me my junior year in high school and it should stay a must read for every person.

3. Every book by Isaac Asimov making up the history of the Foundation especially those dealing with the three robot laws: Asimov is an incredibly smart writer with a propensity of weaving in and out of laws. It is mesmerizing to read as characters are thrown into events that must be thought through and maneuvered around, dancing a legal ballet to bring about a successful end. He doesn’t write in action sequences, but in thought sequences, dialog sequences, debate sequences; and all while pulling you deeper and deeper into a huge galactic history spanning many millennia.

4. The Book of the Damned by D. A. Fowler : I discovered this book in a used bookstore when I was about eighteen. I’d not heard of the author, but the premise of a book which brings the horrors within its pages to life for the reader sounded interesting. The book was a good read with a few very crazy and demented scenes that twisted my mind; however, it was my stomach dropping out of me when I read the last few pages which turned this book into something great. There is no information about the author that I can find and it’s hard enough to find a copy of the book since mine has long been lost. I don’t even know if D.A. Fowler was a man or a woman.

5. The Monstrumologist by Rick Yancey is so original and dark. A brooding and all too serious scientist takes in the teenage son of his assistant who passed away in one of the most gruesome death scenes I have ever read. The boy must come to grips losing his parents and the realization that the man now caring for him, if you want to call it that, was in a way responsible for his parent’s death. Not to the mention the fact the scientist is a monster hunter chasing after the elusive Anthropophagus, a headless monster with a gaping shark mouth located in its torso living underneath a cemetery.

6. Catcher in the Rye by J. D. Salinger: I have to be honest, I really didn’t enjoy reading this book, but it has stuck with me. Maybe I enjoyed it more than I thought.

7. 1984 by George Orwell is a classic dystopian novel about the control of government upon the populace. I can’t get the torture scenes out of my head.

8. Oh, The Places You’ll Go by Dr. Suess should be a prerequisite for every senior graduating high school.

9. The Rising Dawn Saga series by Stephen Zimmer is the first epic urban fantasy I’ve had the pleasure of reading and becoming fully involved to the point of looking forward to the next installment. The redemption scene in book two The Storm Guardians is one of the most moving scenes I’ve ever read.

10. Animal Farm by George Orwell: His use of barn animals to show how communism is a bad idea was genius.

What are the books that have stuck with you? Do you agree with my choices? Leave a comment below. 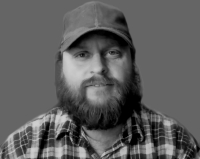